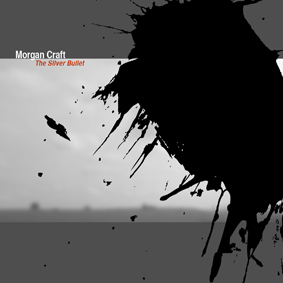 All sounds made by, on, or through solo electric guitar, with the
exceptions of tracks 1 & 11 which are field recordings.
All tracks improvised and recorded live.
Copyright 2009 / Morgan Craft

Q: Where do you think music is going now, especially with the
availability of affordable technologies making it easy for practically
anyone to become involved in the production, distribution and promotion of
new music? How does this shift affect your thinking?
MC: I've been making the comparison of what's happening now in music to
the advent of photography and what it did to the painters. It forced a
major change in the medium and I think the same will be true now for
music. I'm very excited about this, actually. I like the fact that
things are coming to a head, becoming congested and overpopulated because
it forces a new direction. Musicians or sound artists who are dedicated
to the progression of the form are going to have to discover a way to
continue. Part of my whole research these last few years has been about
building a new machine. I've been thinking about the entire field of
creativity and improvisation as opposed to just the audio or aural. Part
of me doesn't even want to focus on being a musician anymore, I almost
don't want to call myself that. I'd rather hold out for something other.
But the important question is / what is music for? Is it ironic, sexual,
materialistic, glib, sound used for base entertainment or is it something
else? Well, we know it can be all of those things, but it's also a great
responsibility. Music is not a game, it is a spiritual thing. You don't
play with music, its power cannot be underestimated. When the higher
forces give you the gift of musicianship it must be well-used for the good
of humanity. So if, as a musician, your concern is communicating or being
a vessel then it's only a matter of time until that separates what you're
doing from the masses of people just doing it for kicks.

Q: How have you maintained your optimism over these last five years
despite the lack of gigs, rewards or attention?
MC: Well, on one level the work becomes it's own forward momentum and
positivity. As an artist, when you begin to break through your own
boundaries and create something new, just for yourself, it gives you
energy. The art keeps you uplifted. Also, something that I think about a
lot is that I could not continue simply through my own willpower. I have
felt led by the hand, so to speak, for many years now. All along the way
I have followed the signs or intuitions that were put in my path and have
led me here. Then, it's easy to think, 'well, where is here? I'm
invisible.' But underneath the paranoid mind is a belief that this is
what I personally have to go through in order to make music that is
timeless. I've never wanted to just be in the music business, you know,
doing sessions and making a living. My inspirations are those people who
created something that was not constrained by thoughts of money or
popularity. And as you grow and do the research on who has come before,
you begin to notice a pattern. Obviously it varies and there are fast
starters but there are also the ones who had to marinate for awhile and
had to endure long stretches of total obscurity. I've trained a long time
to listen to my soul, going on instinct, intuition, emotion and
inspiration rather than logistics or whatever standards are currently in
vogue for being a success. I have more energy now than ever before in my
life. I'm following that. That's the force that allows you to see the
possibility everywhere. This is what I mean when I say it isn't about me
and my will and what I want to do, it's about what I've been given and
asked to do. I don't have a choice. For me, life is about being inspired
and the rewards have to do with flowing naturally, the earth, space,
feelings. All kinds of glorious things begin to happen when you accept
your duty of contributing at your highest possible level and potential,
whether or not anyone is giving you praise.

Q: Why do you think there hasn't been more of a response yet? You've got
a pretty good resume, you've done the New York grind, etc. It seems like
a perfect time to be out there.
MC: The music that is currently being supported right now falls in line
with certain regressive tendencies that the world is still entertaining.
It's so much easier to market and sell something that has already proven
to be successful, from the styles of music to the way people are playing
their instruments, and it's also much safer in terms of cultural
influence. The power structure obviously doesn't want any renegade forms
to get much room, they never have, and it's always been a struggle between
power and the creative sector. We've been programmed to all nod in unison
at the rightness of the current state of things. Obviously it starts from
the beginning, with the media, with schooling. I don't think I have to
talk much about this, it's a pretty basic thesis and there's enough great
research out there already. (John Taylor Gatto's essay 'Against School'
and Noam Chomsky's 'Media Control' for starters) What I find uniquely
disturbing about this particular moment in time is the overwhelming lack
of progressive opposition. You'd be hard pressed to find a line of
thought that runs contrary to the status quo. And if you do find an
opposition it usually sits nice and safe within a school syllabus or well
established form, like conceptual art or jazz or Marxism. Artists,
musicians, writers have become respectable. They've become careerists.
Somehow the old notion of the independent artist has been replaced by the
specialist willing to work for whomever has the cash or the power to
bestow a title. This, I think, is a new development. What I'm concerned
or nervous about is a generational black hole, a kind of void where
exciting individuals, groups and sounds used to be. That's my area of
responsibility. I want to be the proof that you can blaze your own trail
outside of the institutions and not have any inferiority complexes because
of it. You can be as literate as you want, as aggressive as you want, as
uncompromising as you want, all the while creating your own niche and
setting your sights on doing something original and fresh.

Q: You mentioned something about 'a new machine' you're trying to create
and I assume you don't mean a gadget or mechanical device. Could you
explain a bit more what you have in mind?
MC: It's absolutely human. The body and its intelligences are a machine.
It's about using all of your talents and all of your interests as one
complete expression, without having to divide yourself up to fit into a
box. I'm obsessed with composite forms, new kinds of agglomerations and
energies. The new machine is not some fixed definition, it's a constant
unfolding and I have no idea where it will go. It's really just a phrase
that keeps my attention facing forward. Let's look at it a bit randomly.
I've talked a lot about the new black American avant-garde and
improvisation. For myself this involves a melding of my particular
cultural attributes to the point where there is no division or hesitation
between the parts. I'm interested in rhythm, the rhythms found in nature,
the relationships we have with the seasons, the ocean, cosmology. I'm
interested in literature, writers like Jean Genet, Virginia Woolf, Samuel
Delany. I'm interested in cultural theory, Camille Paglia, Nietzsche,
athletics, Kobe Bryant, Randy Moss, Usain Bolt, poetry, Walt Whitman,
Sylvia Plath, photography, Cecil Taylor, video, Dogme 95, freestyle
motocross, Fleetwood Mac, big wave surfing, volume, excess, discipline.
The new machine isn't concerned with boundaries, only whether it can be of
use or not. It can take energy from any arena and apply it where needed.
But it must be functional, it must be real and not languishing in
theoretical musings. The new machine should be severely physical.

Q: You've said before that every instrumentalist must discover the
infinity within their instrument, what do you mean?
MC: Every instrument must be exploded, atomized and seen for what it
truly is. If you accept that sound, not only the twelve tones of our
western system, but the entire world of sound, can be used for
communication and expression then you must discover the point at which
your instrument liquefies.
(Morgan Craft)

Morgan Craft is from New Brighton, Minnesota.
He moved to New York in 1994.
He founded Circle Of Light Recordings in 2001.

He currently lives in a mountain villa in Toscana, Italia.

Uploaded by Clinical Archives on October 26, 2009